We design amazing Cinco de Mayo Flyers for all occasions. We utilize elements and images from different aspects of Mexican culture like Mayan and aztec carvings, the Mayan Calendar, Red, White And Green, the colors of the Mexican Flag, Maracas, guitars and instruments and sexy women to make a flyer that immediately says Cinco De Mayo and that stands out from other flyer designs out there to get your Cinco de Mayo Party noticed and packed out.

You can see a few samples of our Cinco de Mayo Flyers below. Order your Cinco De Mayo Flyer designs today! 303-995-0875 or email design@djemir.com or extremeflyerdesigns@gmail.com

However, In the United States Cinco de Mayo has evolved into a commemoration of Mexican culture and heritage, particularly in areas with large Mexican-American populations. And is usually bigger in The United States than Mexican Independence Day which is why people probably get the two confused. (this may be due to colder weather in September in the states, who knows exactly why Cinco de Mayo Became Bigger Than Mexico's Actual Independence Day) It could also be perhaps that without winning this battle France could have become Mexico's next conquerors so by winning they Mexico kept their independence.

$300.00 $200.00
Rush design services - puts your design ahead of all other non-rush jobs in Cue and gets your Initial design back within 24 to 48 hours
And revisions also receive priority within an additional 24 hrs.
Shop 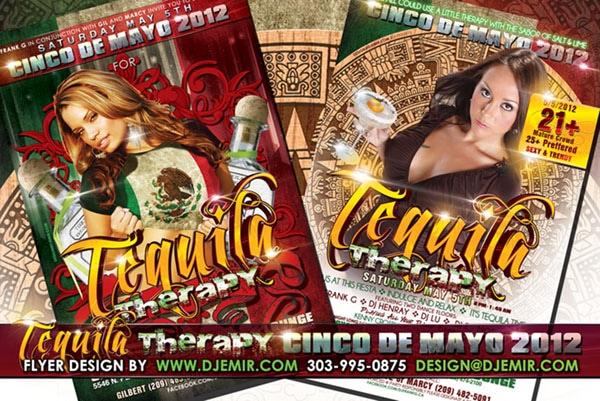 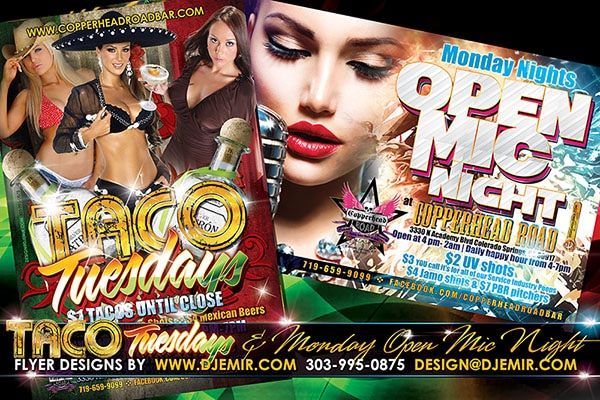